Vivienne Lewis reviews a lavish new book on the scenic wonders of Stourhead, which also traces the generations of a family dynasty.

The magnificent garden at Stourhead is world famous and has attracted thousands of visitors a year since it was given to the National Trust in 1946. A new book gives a full account of this marvellous landscape garden and how it was created, then cultivated by generations of one family.

We have to thank the Hoare banking dynasty for Stourhead. Designed and created by Henry Hoare, known as Henry the Magnificent, in the 18th century, his successors continued to add to the landscape which is probably at its best, and most photographed, in the autumn when the jewel colours frame the 18-acre lake and its classical temples.

Historian Dudley Dodd’s book, Stourhead: Henry Hoare’s Paradise Revisited, is no coffee table book, although it is perfectly adorned with amazing photographs by the award-winning Marianne Majerus, one of Europe’s finest photographers. This is a scholarly work, written by a historian who has worked for the National Trust, written guidebooks of its houses in the South West, contributed articles to scholarly periodicals and previously published The Letters of Henry Hoare 1760-1781.

Dudley Dodds’ book is meticulously researched and there is a wealth of records, maps, family portraits and a family tree (very useful with so many generations and similar names), coloured plates of paintings, prized furniture, and historic interiors, with detailed footnotes, pages of appendices including one on visitors’ descriptions of Stourhead in various historical eras, and another on the numerous and often rare plantings over the centuries by the Hoare family, and an extensive bibliography.

But it isn’t a dry historical tome. It’s a story of a family with its varied characters, a family who built a great work of art, a jewel of the English Landscape Garden, a type of garden design that has been called our country’s greatest contribution to art, but who through events and especially the effects of the wars of the 20th century were forced to give it up.

The estate was owned by the Stourton family for centuries; they were on the wrong side of history for most of the 17th century, being Royalists and Catholics, and the 13th Baron Stourton followed King James 11 into exile in France in 1785. A banker, Henry Hoare, known as ‘Good’ Henry Hoare (1659-1724/5) acquired the estate in 1717. The medieval house was pulled down and replaced by a splendid, fashionable Palladian villa.

His son Henry Hoare II ‘The Magnificent’ (1705-85) was a connoisseur of the arts who bought paintings, created the huge lake that dominates Stourhead by flooding the valley, and placed the marvellous garden buildings around it, including the world famous Pantheon which is seen in so many photos. There were other adornments including a Turkish tent, a Chinese alcove and items which Dodd calls ‘fairground surprises’, later pulled down.

Stourhead was already known as a famous garden by the 1760s. From the classical style of buildings by a lake in a landscape that resembled an Italian painting and scenery as seen by young English men on the fashionable Grand Tour of the time, successive heirs put their mark on Stourhead.

Henry’s grandson Sir Richard Colt Hoare introduced a Gothic element to the landscape garden and added a local Gothic element by crenelating buildings in the nearby village. He also added the two pavilions that flank the mansion to house the superb library he built up, and to house all the paintings he bought.

A black sheep, fire and death in the First World War

As in any family history that’s recorded over a long period – in this case, centuries, there are good eras and worse ones, failures and even tragedies. So it was with the Hoare family. There’s usually a black sheep in any family – and for the Hoares, it was the 5th Baronet, who was dismissed from the family banking firm and whose gambling forced the sale of the superb library and the best paintings in the 1880s.

In 1902 a disastrous fire gutted the main part of the house, which was rebuilt by an architect who proved inadequate and another was brought in to rectify his failings which had caused major problems with the building.

Then the only son and heir to Stourhead, Captain Henry Colt Arthur Hoare, died during the First World War from war wounds at the age of 29 on 20th December 1917 in a hospital at Alexandria, his parents being informed on Christmas Eve. As happened in other landed families, such as at Castle Drogo in Devon where the son and heir also died in the war, the decline of the estate set in.

Beset by death duties in 1919, by rising income tax which reached 99 per cent during the Second World War, and with a national scheme brought forward by the National Trust that allowed the gift of an important house and its land but allowing the owner to continue living at the property, Sir Henry Hoare gave Stourhead to the National Trust in 1946. Both he and his wife died within hours of each other in March of the following year.

Dudley Dodd goes into a detailed account of the evolution of Stourhead’s wonderful garden, with separate chapters on its development under successive members of the Hoare dynasty, from 1742 with the first landscape garden, then the creation of the lake and the Pantheon between 1754 and 1762, the changes in the later 18th century, the Regency garden, how it developed in the Victorian and Edwardian eras and into the 20th century.

Details of all the plantings over the generations can be found in an appendix. Stourhead, like many of the great estates of the Victorian era, received introductions by the plant hunters from their exploits in the Americas including Douglas fir, Thuja plicata (Western red cedar), Araucaria araucana (Monkey Puzzle), and Wellingtonia. Later, acers and many flowering shrubs including azaleas and rhododendrons were planted

Apart from the ideally placed and much photographed Pantheon, the 18th century garden buildings range from the Temple of Apollo high up on a woody path, to the mysterious Grotto by the lake with its statues of a nymph and the River God. In the Victorian era the Rock Arch was built and the garden could be visited by members of the public, advertised in local papers, but access was more limited from the 1890s to booked visits and some charity days.

Dodd says that ‘On the eve of the Second World war, Stourhead had never been more colourful in season and more horticulturally diverse.’ After the war, the Hoare family’s ties with the garden and the house ended and its life with the National Trust began.

Going through such a comprehensive account, Dudley Dodd gives the background and context that is needed to fully enjoy this amazing landscape garden, and brings Stourhead’s story alive.

The great country estates did not exist as islands unconnected with others, not influenced by friends and the current fashions. This happened at Stourhead especially in the early decades of the Hoare’s ownership, when Henry Hoare II and the owner of Hestercombe near Taunton, Copleston Warre Bampfylde (1720-91) were friends. The cascade at Stourhead that was built from 1765-6 was inspired by the one built in the combe behind the house at Hestercombe.

That Bampfylde was a constant visitor to Stourhead we know from the watercolours he painted of the grounds, some of which can be found in Dudley Dodd’s book. They are among the best visual records of Stourhead at the time. In the house at Stourhead there is a piece of needlework made by Mary, Bampfylde’s wife, and high up in the combe at Hestercombe there is ‘The Friendship Urn’ of 1786, dedicated by Bampfylde to Henry Hoare II and to another mutual friend, Sir Charles Kemyes-Tynte of Halswell, Goathurst. 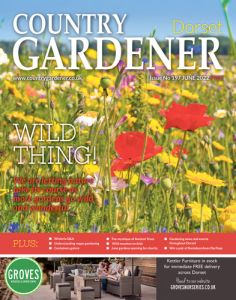