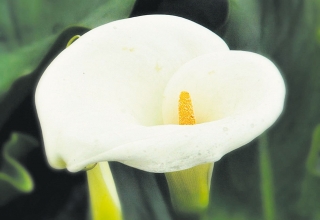 The white arum lily is a thing of great beauty.

They are known and loved for their magnificent flowers in perennial borders or simply as a houseplant. Always a favourite with florists they have now become more established in the garden where they tolerate a wide range of growing conditions including boggy soils.

Their fleshy, arrow-shaped leaves and flowers can grow up to three feet and the plant is quite fast growing if provided with the right conditions.

Less well known is the fact there are six species in its genus.

The most common and hardiest one is Zantedeschia aethiopica with its white flowers. You will also find yellow, peach, pink or red varieties. The more compact mini calla lily bulbs (‘Little Gem’, ‘Perle von Stuttgart’) are more suitable for smaller flowerbeds and containers.

Zantedeschia ,known also as calla lilies, are native to South Africa. They will bear narrow, lance or funnel shaped flowers in the most fantastic array of colours and are particularly effective when grown in groups within a border, or planted in pots and spread out on the patio.

There are a wide range of varieties, in sizes ranging from 40cm to 90cm and a dazzling array of colours to choose from. Their exotic looking flowers look particularly striking in cut flower arrangements, giving your bouquets an exciting tropical look. And, if overwintered in a sheltered spot, the tubers can produce a great display for many years.

Planting them is an easy process – they like moist, well-drained soil and not to be planted too deep and allow the tops of the tubers to be at ground level. Where possible plant them in a sunnier location as, being from native to Africa, they will really appreciate it.

Grow in humus rich soil, in full sun access. Plant the tubers shallow, so top of tubers are slightly exposed. They can be cultivated indoors in loam based potting compost in full light. Water freely and apply a balanced fertilizer every two weeks until the flowers have faded.

One of the added bonuses of planting them in your garden or in patio pots is the absolutely stunning cut flowers they can produce. Each tuber will produce a number of stems as it flowers.

Calla lilies don’t require regular pruning, but you should deadhead the flowers as they wilt. Removing parts of the plant should not kill it. Cut them back at the soil level and dispose of any plant debris, and they’ll come back in the spring.

Zantedeschia aethiopica (Calla Lily)
Hardy Zantedeschia aethiopica is a wonderful, well known outdoor flowering variety. It looks superb grown in groups within the flowerbed and border, or equally as effective planted and grown on the patio in pots or containers. Calla Lily aethiopica will produce gorgeous summer white flowers from late May through to June, coupled with waxy green foliage.

Zantedeschia Lipstick (Calla Lily)
This variety presents gentle cream spadices, surrounded by contrasting vivid pink spathes which fade to spring green at the floral chamber; where the magnificent flower head is held up by succulent tube-like stems. Broad, wavy foliage in a spring green adorn the base. Flowers from May to October. 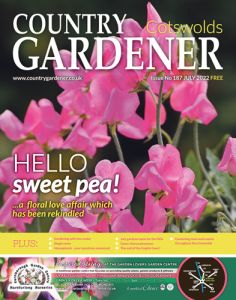